2020 is destined to be an extraordinary year. The increasingly serious new crown epidemic has made the world a little messy. Because of the epidemic, the trip to Nha Trang Island and Hainan Island in Vietnam that the company originally planned to organize at the beginning of the year had to be stranded. However, the biennial team building and expansion activities are still necessary to proceed as planned, especially when the company has injected a lot of fresh blood in the past two years. In order to be cautious, the company has set its goal on one of Shanghai's local treasure islands-Hengsha Island in Chongming District.

I always feel that in Shanghai's golden autumn in October, Tiangong is mostly beautiful. The weather is sunny and the temperature is right, which is the best time for outdoor activities. The original one-and-a-half-hour drive has increased the waiting time by half an hour due to the ferry in the middle. With the "God Presence" of smartphones, everyone does not think it is too difficult. Several colleagues who had just made up their minds also woke up one by one and began to admire the scenery in the river. Hengsha Island is the only island among the three islands in Chongming District that has not yet been bridged. Although there is a little inconvenience, it may be precisely because of this that the island can maintain its unique tranquility and tranquility. 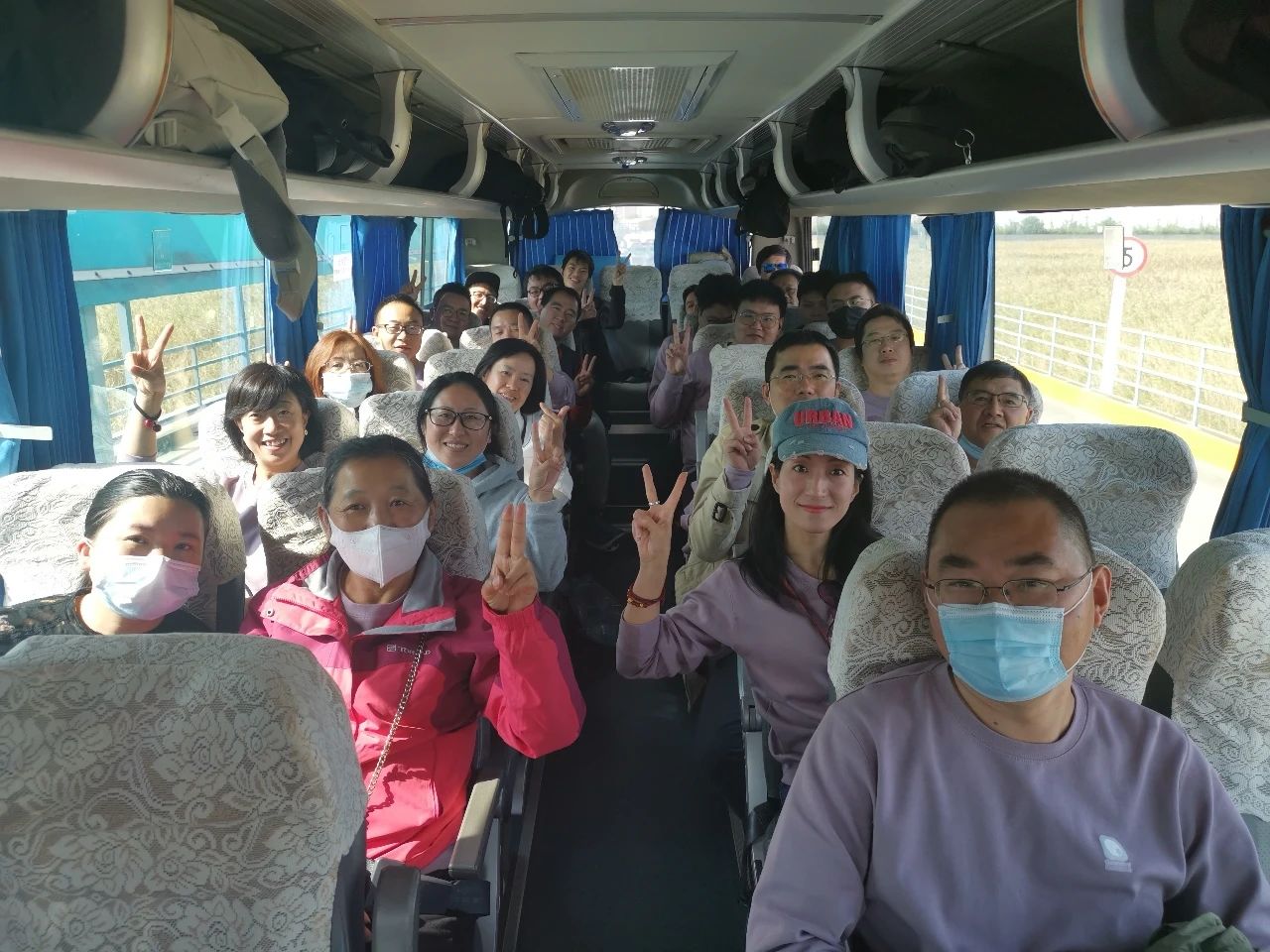 After the ferry landed, the bus continued to drive for about 10 minutes to reach our scheduled activity location-Hengsha Island Angel Beach Resort. Angel Beach Resort is located at the easternmost tip of Hengsha Island, facing the vast East China Sea and backed by the Yangtze River. There are 29 villas of European, American and Japanese styles, which are full of exotic flavors. Since the arrival time was later than expected, the ice-breaking activity that was originally planned to be carried out before lunch was pushed into the afternoon, leaving enough time for everyone to take a leisurely stroll around this beautiful resort after checking in. 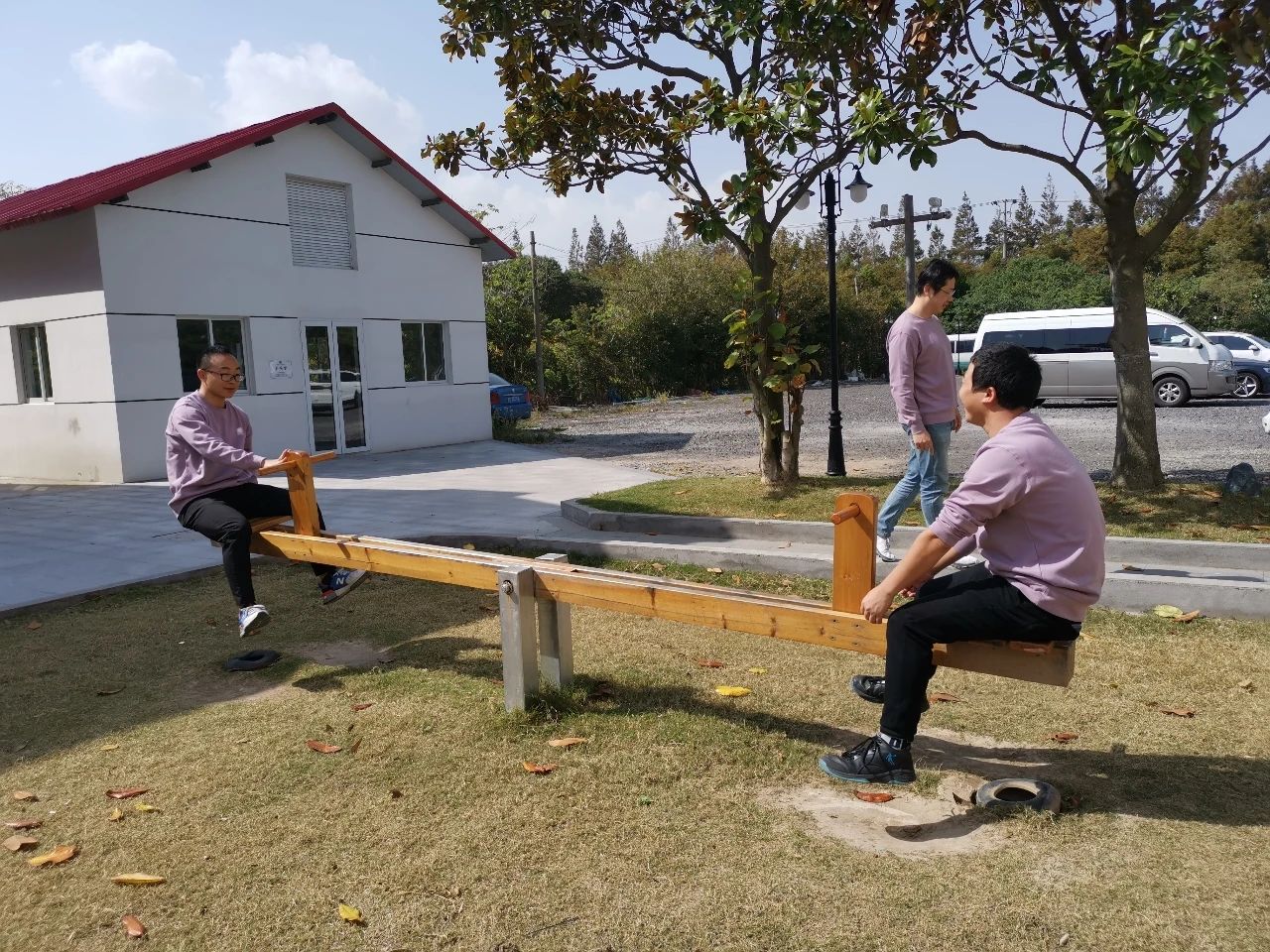 Lunch is arranged at a farmhouse 5 or 6 minutes away from the resort. As soon as you enter the small courtyard, everyone is immediately attracted by this warm and beautiful farmyard. Of course, what made us even more lingering was the delicious peasant dishes cooked in this big cupboard, and every table was well served with "CD Action". Before leaving, the friends did not forget to ask the boss for a business card, thinking about coming back with their family next time. It seems that the customer experience is indeed doing well. 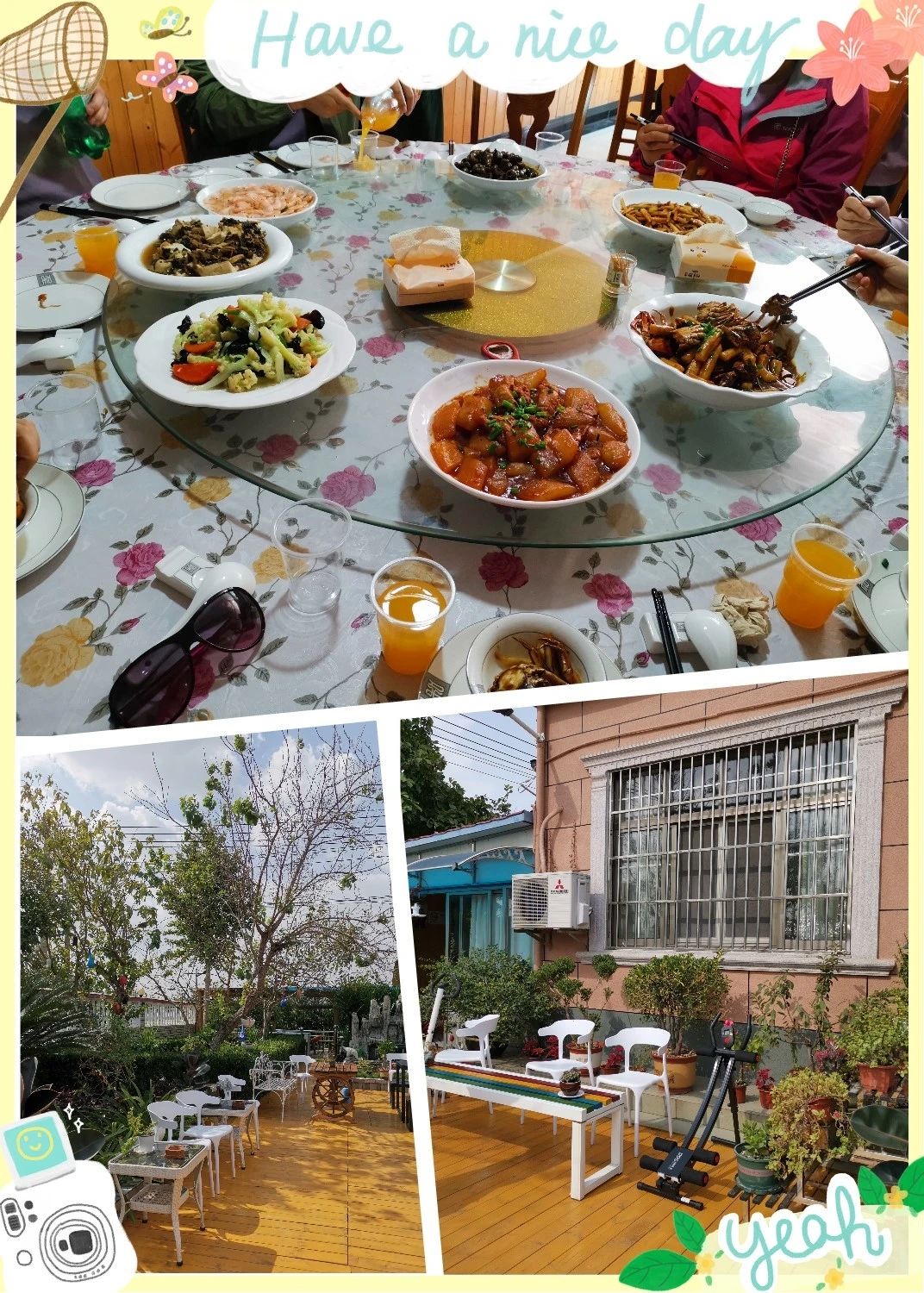 Due to time constraints, I didn't have much time to stay in this literary and artistic courtyard after dinner, so I had to rush back to the resort for formal team building activities. The ice-breaking activity kicked off with passionate music. The team used the most popular international determinant-family arrangement system theory for ice-breaking grouping. Everyone was randomly divided into four teams, breaking the original division of departments. Everyone quickly elected a team leader within the specified time, and determined the team name and slogan. As a result, it was another brainstorming like a wild horse... Whether it was "Young Hero" or "Invincible", it was full of a strong atmosphere of rivers and lakes. 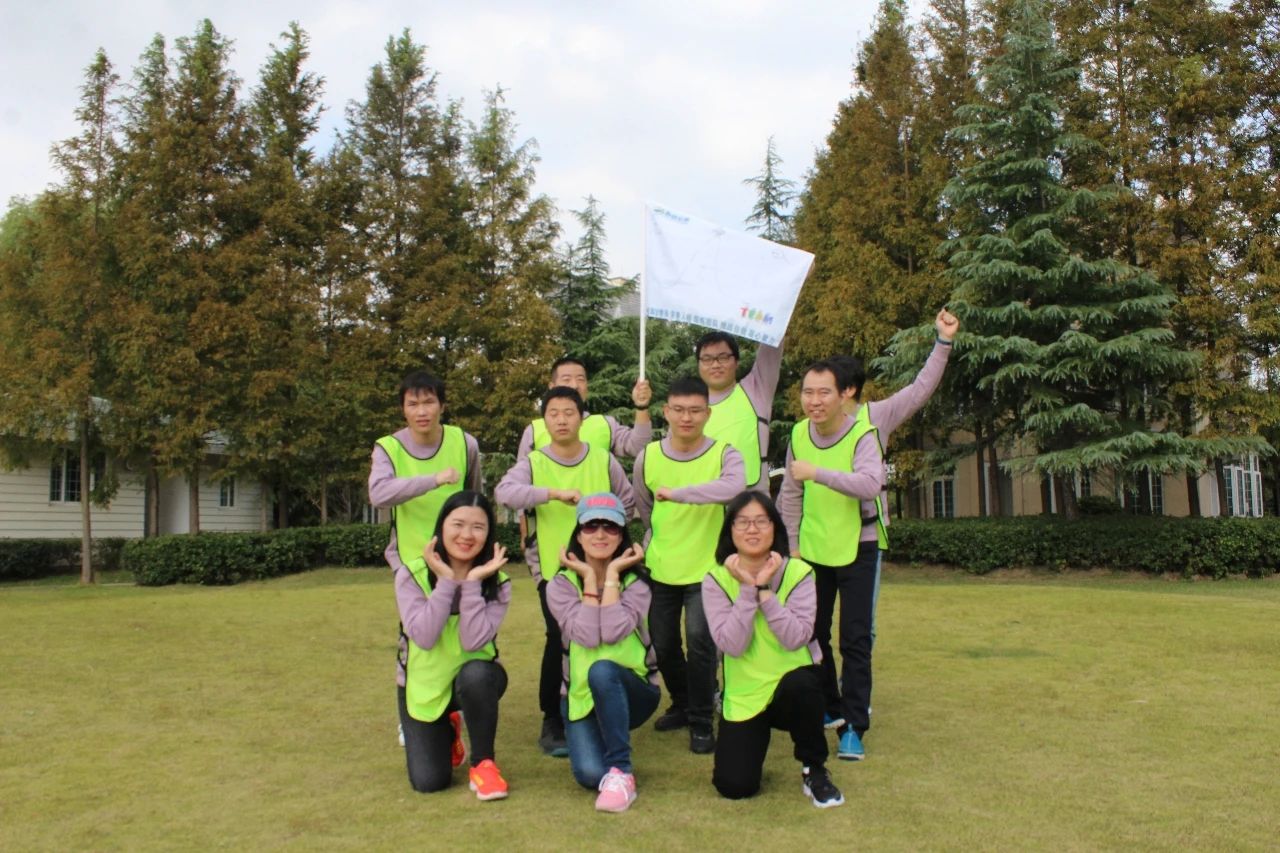 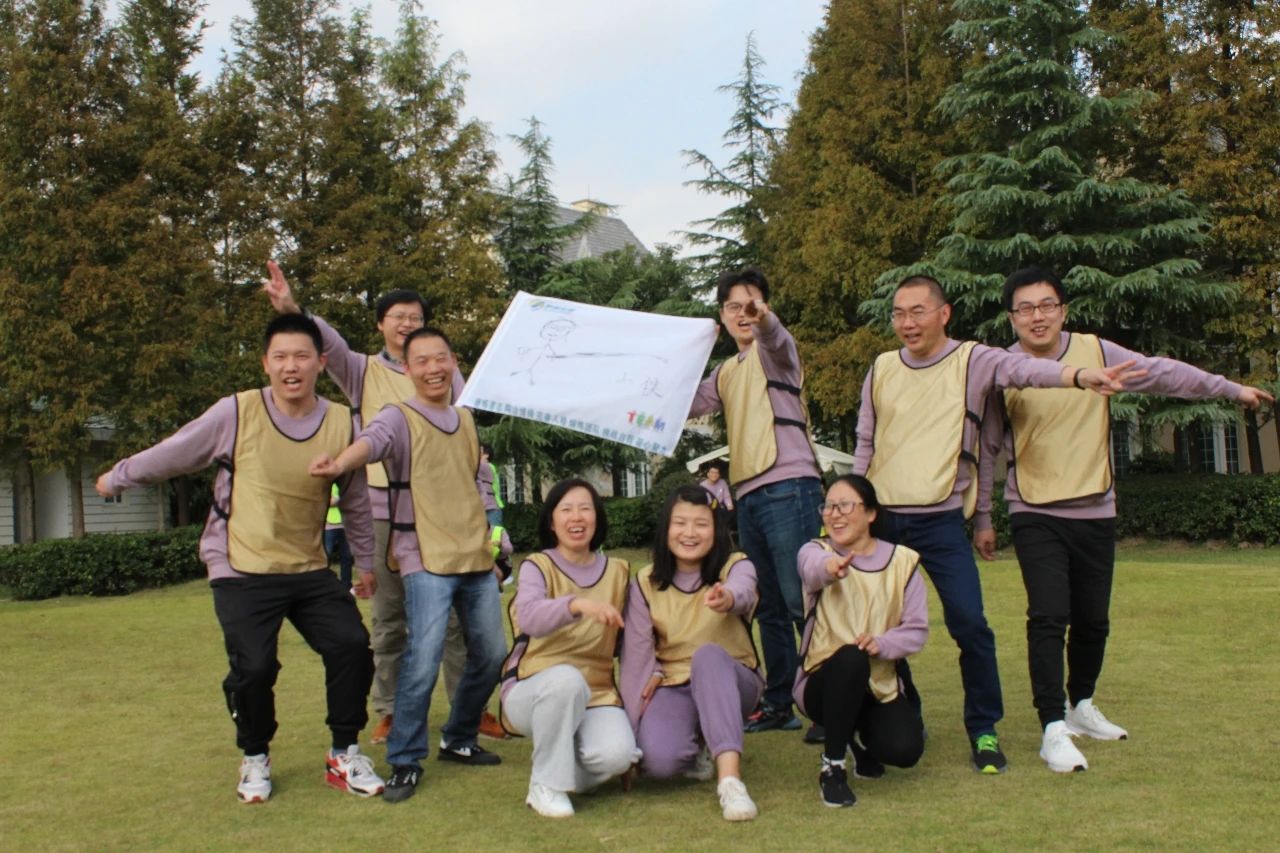 Next, each team will have to compete in the four small events of bamboo pole dance, turn around, hat trick, and speed 60 seconds, and finally count the total score for a big PK. Although these are just game projects, everyone still takes each project very seriously. Before the game, think carefully about the main points, practice repeatedly, and act as a "spy" to secretly learn from other people's experiences... The last big project is very different from the blueprint of the last expansion, this time it is about "speed and passion". Each team uses the allocated materials to assemble an F1 car within the specified time, which requires high performance and good looks. In the beautiful song of "See you again", which has been popular in the universe a few years ago, everyone has a lot of brains and started to make racing cars. Now we need to test the mechanical engineering skills and art skills of our partners. When the four cars with different styles and shapes were completely presented to the partners, a "fishy storm" F1 war kicked off, allowing everyone to experience a real speed and passion~ This time the dinner was arranged in the resort, and there was still a wonderful bonfire party waiting for us after we were full. At night on the island in early autumn, the starry sky was unusually bright, and the outdoors was still colder than we thought. A cheerful rabbit dance around the warm bonfire is undoubtedly the best choice to eliminate the chill. The bunny dance may not be addictive, so each team started a variety of "awkward dance" competitions. The dance of the partners can really be described by one word: "awkward". Immediately after that, the "support frontline" game that must be played every time is to make everyone enjoy it. Although many old employees have experienced the charm of this game many times, every time there will be some new tricks that make everyone at a loss. For example, to support a pair of jeans, each team clearly has such resources, but everyone is stunned that all of them tighten their belts, for fear that they will be picked up by the pig teammates who "see profit and forget friends" (haha~ The key problem is that the season for wearing long trousers has not yet arrived), so let’s imagine the scene for those students who haven’t gone. Even the team was "smart", thinking that a white hair would still be needed this time, so they prepared a white hair in advance. As a result, what the front line needs is just an ordinary hair, regardless of black and white. When it was formally handed over to the front line at the fastest speed, the wind fell on the white sand and he just couldn't find it...If it was black hair, maybe it's better to find it. So wrong!

The final part of the party is still our traditional reservation-the collective birthday party. The big candle-lit cake appeared mysteriously in front of the blindfolded birthday star. Happy birthday! All the birthday stars this season. Let the singers give their songs to their hearts' content! The next day, the weather was still surprisingly vigorous, the sun was shining, the clouds were light and the wind was light. Several literary and hardworking colleagues had already gone to the beach early in the morning to watch the beautiful sunrise, and had a romantic encounter with the slidling horses, and the lazy people only had photos and videos in their beds. On this day, we arranged a scenic ride on Hengsha Island. After breakfast, except for a few friends who had a drink the night before staying in the room to rest, the rest of the colleagues formed the Quanray riding brigade and set off in the light of the sun.

Along the way, few motor vehicles have driven, and everyone breathed in the fresh air of this pure land. By the side of the country road, straight pine trees, red-tiled and white-walled cottages, green farmland, yellow and green orange orchards, and flocks of chickens and ducks have combined to form a beautiful island country map, bringing China The interpretation of beautiful rural homes in the new era has reached the extreme. In this way, we rode all the way to the embankment by the sea. It is said that this is the online celebrity check-in point on Hengsha Island. Here we have to stop and take a few literary blockbusters. So all kinds of styles are turned up!

After taking enough photos and enough sea breeze, we returned to the resort on the same route. Along the way, the young colleagues couldn't help singing in unison in this beautiful environment, as if the whole road was covered by their singing. Artistic talents have been unearthed again. You can't escape this annual meeting! 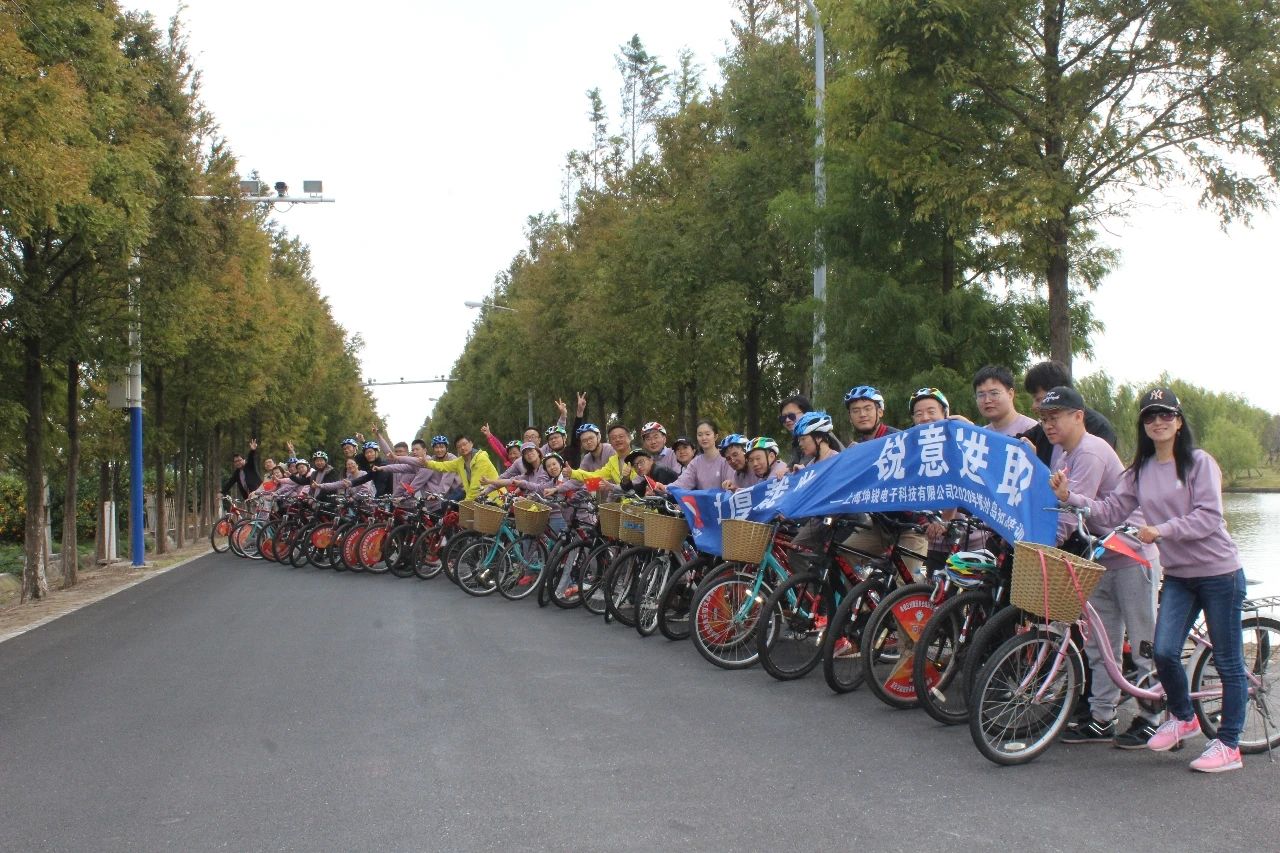